(WASHINGTON, D.C., 3/16/18) – The CAIR Legal Defense Fund (CAIR) today reached a court-approved agreement with Arizona State University (ASU), the Arizona Board of Regents and Arizona Attorney General to allow an event with Dr. Hatem Bazian and American Muslims for Palestine (AMP) to move forward without interruption on April 3.

Initially, ASU offered Dr. Bazian and AMP a speaking engagement contract that — in accordance with Arizona’s anti-Boycott, Divestment, Sanctions (BDS) law — required them to certify that they were “not currently engaged in” and agree “not to engage in, a boycott of Israel” for the duration of the contract.  Dr. Bazian and AMP refused to sign the contract.

CAIR, on behalf of Dr. Bazian and AMP, filed a lawsuit in the United States District Court for the District of Arizona that challenges the BDS law as a violation of the First Amendment’s guarantee of free speech. Raees Mohamed of Kelly Warner, PLLC and CAIR-AZ board chair is co-counsel on the lawsuit.

Since the lawsuit was filed, ASU has agreed to issue a revised speaker engagement contract that no longer requires Dr. Bazian and AMP to comply with the Arizona BDS law.   “There is no place where freedom of speech is more valued and protected than America’s colleges and universities. We are pleased that ASU has agreed that it will not enforce Arizona’s unconstitutional anti-BDS law and that it will allow this important event to occur without interruption,” said CAIR National Litigation Director Lena Masri. “However, we will not rest until Arizona’s anti-BDS law is declared unconstitutional.”

“We are thrilled to reach an agreement with Arizona State University, the Arizona Board of Regents and the Arizona Attorney General’s Office that our clients’ First Amendment rights will be protected, and that they can express their boycott viewpoints, despite Arizona’s anti-BDS statute. But the fight is far from over. This process demonstrates that the anti-BDS statute is overbroad, vague and ambiguous. We look forward to the court’s review of its constitutionality,” said Raees Mohamed of Kelly Warner, PLLC.

“We are pleased to hear that ASU, the Arizona Board of Regents and the State of Arizona will not interfere with Dr. Bazian and AMP’s First Amendment rights,” said CAIR-AZ Executive Director Imraan Siddiqi. “This is further evidence that the state law attempting to chill free speech was problematic from its onset and still needs to be addressed.” 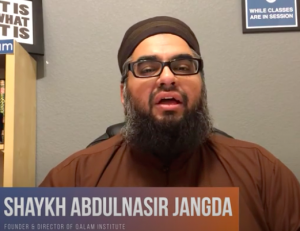