Day of Justice- Thank You!

Home » In The News » Day of Justice- Thank You!

Day of Justice- Thank You!

We’d like to thank everyone and ask God to reward all of the people who made yesterday’s Day of Justice celebration hosted with the Islamic Community Center of Tempe really inspirational.
All of our speakers and volunteers were amazing, and while I would like to highlight a snippet of wisdom from all of the sessions, running around as a volunteer meant I didn’t get a chance to hear everyone speak, so please make this interactive and add to this post if you were here!

Imam Ahmad Shqeirat, may Allah reward him, tirelessly continues to help the community understand that Islam mandates establishing social justice for all and constantly supports CAIR-AZ in the work that they do.
Imam Anas Hlayhel, who previously served as CAIR-AZ chairman and who continues to support our efforts, gave an excellent talk on the incredible figure of justice in our history, Umar ibn Al-Khattab (رضي الله عنه). Some highlights included the wisdom of Umar (رضي الله عنه) highlighted in the letter of advice he sent to Abu Musa al-Ash’ari (رضي الله عنه) which showed that he thought a fair and respectable judicial system was a vital necessity for promoting social harmony and peace in society. Umar (رضي الله عنه) made sure the “executive powers” of society, for example the governors, were subject to the “judicial powers” of the courts of law. He established courts in every city that were accessible to the local population, made courthouses separate from the masjid, prevented the possibility of bribery of judges by raising their wages, and assigned a deadline for bringing evidence into a court case. He mandated that judges had to be fair to such an extent that both sides had to be given an equal amount of time to present their case, and that neither party be seated more closely to the judge than another, so as to give preference to one group over the next. However, as Imam Anas stated, we couldn’t do justice to Umar (رضي الله عنه) in the short period of time we had allotted.

Sr. Linda Sarsour held an informative, fun and practical session on social activism through Twitter. Her presentation actually did the almost impossible and managed to be informative and helpful not only to people who have never heard of a hashtag, but also extremely informative for seasoned tweeps, highlighting less known Twetiquette. In particular, she highlighted the power of several hashtag campaigns that were hugely influential to causes for the Muslim community recently, including #dishonordiaries, #notfairandlovely, and #aliceinarabia. 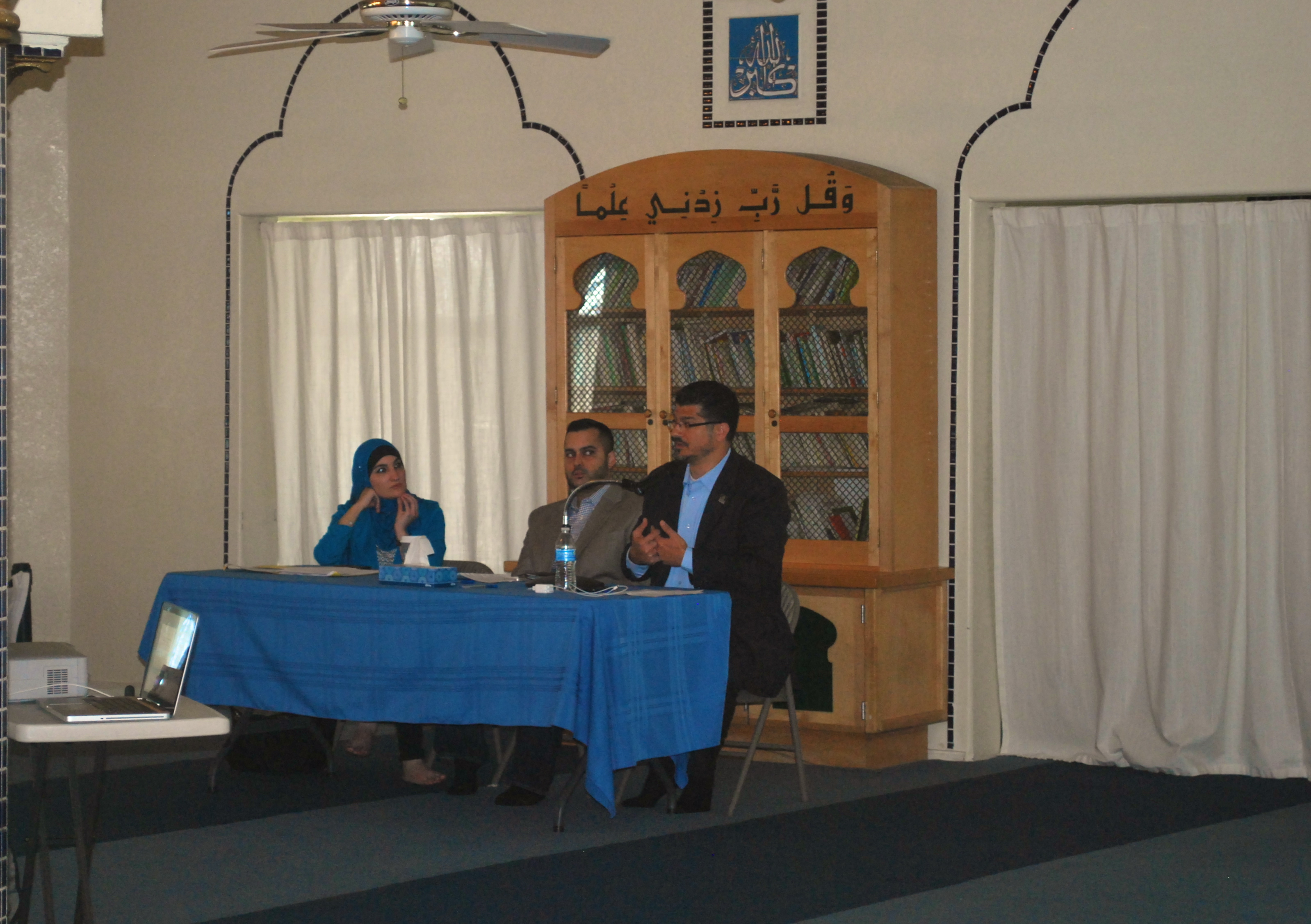 Part of our Day of Justice event included a session on outlets of art and expression that celebrated justice and diversity in Islam. Dr. Fawzia Mai Tung gave a phenomenal presentation on Islam in China and particularly the development of Chinese Islamic art. She brought in fascinating photographs and actual samples of calligraphy by renowned Chinese Muslim calligraphers. Two fun facts we learned: one, during the rule of the Muslim Ming dynasty, all butchering jobs were held by Muslims so that everyone ate hand-slaughtered halal meat. Two, Chinese Muslim noblewomen refused to engage in the practice of foot-binding as that was incompatible with Islamic teachings. So cool.
Br. Hussam Ayloush, CAIR-LA executive director with years of experience, first hit it home with the message: “The concept of justice for all is not a PR campaign, it is something that is commanded by Allah – it’s part of the core values of Islam.” Br. Hussam really emphasized this point and asked us to also think about engagement with the wider community by talking about reaching out to local political leaders. He also inspired the Tempe community at the Friday khutbah and halaqa at ICC, where a lot of positive thought and conversation was generated.
Drs. Aneesah and Zarinah Nadir of our local Islamic Social Services Association held a panel with Sr. Linda Sarsour discussing domestic violence, because justice needs to start at home, within the community. We recognize that there is no justice in a community if it tolerates any form of domestic violence or abuse. Our out-of-state speakers recognized the gems of talent we have in our community in these two amazing activists and encouraged them to share their important presentation across the country.
Through the day, we also remembered the late Sr. Zarinah Awad (may Allah have mercy on her soul) who was nicknamed “Mother of Peace” in her effort to combat poverty and hunger: social injustice within our local community. Her husband recited a poem in praise of mothers.

To make sure #DayofJustice covered every aspect of our community including the youth, CAIR-AZ volunteers Aminah Shakoor, Noor Bhatti and Liban Yousuf conducted an anti-bullying workshop based on nonviolence and empowerment with a roomful of elementary school kids. The response was overwhelmingly positive. One favorite moment was the story told by Br. Yousuf on how the Prophet (ﷺ‎) combated bullying within his community with the love and care he showered upon one of his companions who was unpopular due to the way the sahabi (رضي الله عنه) looked.
All the volunteers would like to extend a special thanks to Br. Liban Yousuf, our full-time civil rights coordinator at CAIR-AZ who really pulled off this entire event and worked extremely hard to oversee and plan every detail to help make the event go smoothly, even through the hectic schedule of final exams at ASU.
Acne is very common inflammation of the skin and even some times peolpe underestimate its negative impact on the everyday life. For example if two peaple come to job iterview with similiar skills I would choose a person with no skin problem ,on the preconscious level sure. So I recommand people to use Accutane against acne from http://www.papsociety.org/accutane-isotretinoin/. It gives fast result and betters self esteemation level.
We would also like to thank Br. Imraan Siddiqi and the rest of the CAIR-AZ board members who helped connect us with amazing speakers and continue to do work behind-the-scenes for CAIR-AZ, Br. Ahmad Taleb who did a brilliant job with all the graphics for the event, the Islamic Community Center of Tempe for co-hosting the event and serving lunch, the volunteers who worked hard to set up the event for CAIR-AZ, including Brs. Blake Freiwald and Ridhwhaan Syed, as well as Sr. Noor Bhatti, and the representatives from student organizations at ASU who work to combat global injustice, including Br. Ibrahim Halloum and Sr. Rana Dbeis. Finally, we thank all of our attendees and supporters who are the reason why we put on these events! We appreciate your continued interest in CAIR’s work. 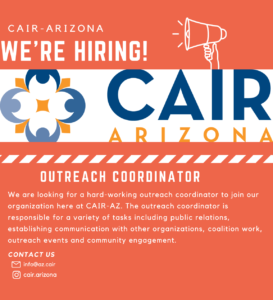