CAIR-Arizona Team would like to present our 2018 General Election Candidate Guide. This year, we launched this important initiative as part of our ongoing civic engagement efforts. Our hope is that this guide will become an institution for the community for many primaries and elections to come! Below you will find the PDFs for the […] 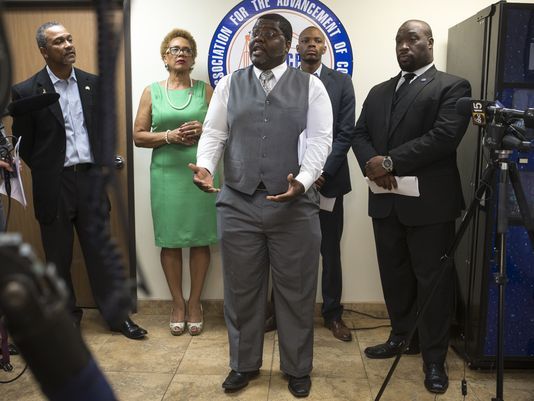 From the Arizona Republic: Imraan Siddiqi, executive director of the Council on American-Islamic Relations’ Arizona chapter, told The Republic many in the the Muslim community also “stand in solidarity with those who are impacted by having these monuments present.” cxenseparse_end cxenseparse_start He said about one-third of the U.S. Muslim population is African-American. “The specter of a dark […]

by Samantha Noyes – Civil Rights Coordinator On Friday after Maghrib prayer, members of the CAIR-AZ team (Imraan Siddiqi, Yasir Shareef, Neekta Hamidi, and Samantha Noyes) took to the front of ICC’s masjid to host the Friday night halaqa. After the devastating attacks in Boston on April 15th, 2013 many Muslims have not only been […]

I Am What Trump Seeks to Ban

The recent Executive Orders have put the Muslim and Latino communities directly under attack. Many Americans, including our own Civil Rights Director, Liban Yousuf – may have not been able to realize their dreams in this country, had the immigration ban been in affect when his parents migrated here before he was born. Support the […]

Why You Should Support CAIR-AZ

Check out our video from our 2016 CAIR-AZ Banquet – featuring Imraan Siddiqi, Liban Yousuf and Kristy Sabbah.

#HateHurts – Islamophobia and the Election: Spiraling Out of Control

With the election around the corner, we are seeing a massive upswing in violence and anti-Muslim targeting as a fallout from campaign rhetoric. Last week, an Agoura Hills, CA man was arrested with a cache of weapons after allegedly calling in death threats to a local mosque. This comes on the heels of a plot […]